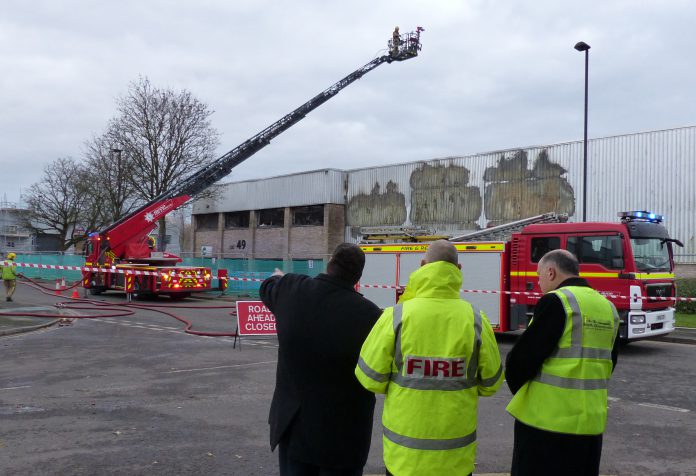 Environmental health officers are continuing to work with the owners of the Beeches industrial estate while the clean-up operation continues. The owners, Cushman and Wakefield, are due to make a decision on a date to start demolishing the remaining structure which was destroyed during the initial fire in October.

This would allow the fire to be extinguished. AFRS have confirmed that they have been receiving calls from the site security to respond to flare ups from the identified hot spots. They have also confirmed that in some cases by the time the crews have arrived on site, the flames are not visible and there is nothing for them to tackle.

Health advice from Public Health England (PHE) remains the same. Given the reportedly intermittent nature of the odours PHE does not consider that the current exposure is likely to pose a significant risk to health. However it is always sensible to minimise exposure and as a general precaution we advise local residents to minimise their time spent outdoors in areas affected by the smoke. If anyone affected by the odour believes they are experiencing symptoms as a result of their exposure, they should seek medical advice, particularly if they have existing underlying health conditions such as asthma or other chronic chest conditions.

This information has been shared by council officers, given to the media, posted on social media, and shared with the site owner for distribution to the affected businesses who are responsible for the health and safety of their workforce.

In addition, Stuart Matthews, Group/Unitary Manager at Avon Fire and Rescue Service has confirmed the following information to us:

The usual method of dealing with this type of fire would be to remove the top layers of debris, which is unaffected by fire, to thereby expose the products of combustion that is affected – allowing it to be extinguished.  Currently due to the large amount of debris on top of the smouldering residues, when water is applied it would not be able to reach the hot products of combustion, and would therefore be ineffective. The contaminated water run-off would deposit into the adjacent ground, and if excessive water is used, this could potentially reach the River Frome causing damage to the environment. In addition to this, as the structure has been deemed unsafe and there is the potential for it to collapse, the Fire Service are unable to work within the footprint due to the risk to firefighters safety.

A spokesperson for Cushman & Wakefield, which manages the estate, said: “We can confirm that Unit 49, declared structurally unsafe to enter following the fire, and the adjacent Unit 50, will now be demolished following safe removal of debris and extensive review by the loss adjuster, insurers and structural engineers.

“We anticipate the demolition process will take a maximum of three weeks. This timetable is governed by the health & safety and environmental considerations surrounding the demolition.  At present, we expect Unit 49 will be sufficiently demolished for the Fire Service to gain safe access to extinguish the fire no later than 23 December.

“In the meantime, the Fire Service has confirmed that the best available option is the current agreed procedure of 24/7 on-site monitoring and early notification in the event of any re-ignition to enable firefighters to attend and dampen down.

“We recognise that the smoke has caused local disruption for which we apologise. We are fully focused on concluding the demolition work as quickly as is safely possible.” 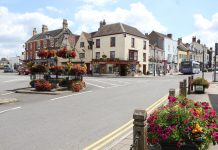 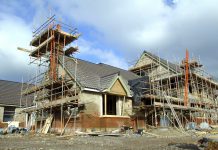 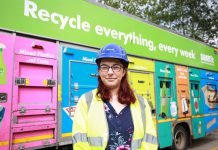