Everybody has the right to be free from harm 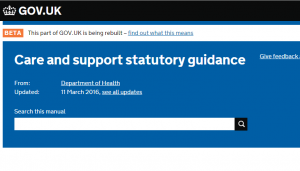 The SAB Autumn 2015 Newsletter is now available. Previous editions can be found on the newsletters page.

Information now available on the Prevent national programme which forms one strand of the Government’s Counter Terrorism programme.

The Safeguarding Adults Board summer 2015 newsletter is now available. 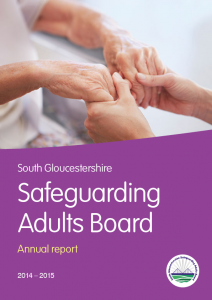 The Safeguarding Adults Board Annual Report 2014-2015 can now be found here.

The aims of the week are to encourage people living and working in South Gloucestershire to act on any concerns they have about a vulnerable adult at risk and to promote the message that: 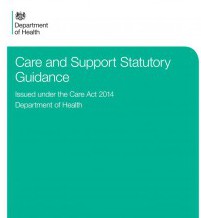 The new Care Act 2014 comes into force from the 1st April 2015. More information can be found in the Care and Support Statutory guidance and also the SCIE website provides information for Care Act implementation.