Established for non-commissioned officers and men of the Royal Air Force (from the date it was formed on 1 April 1918) and was awarded for courage or devotion to duty while flying in active operations against the enemy. During the Second World War the award of the DFM was extended to include the equivalent ranks of the Army and Fleet Air Arm personnel engaged in similar operations.

A second award of the DFM is noted by a silver bar placed on the medal ribbon.

Description courtesy of the MEDAL YEARBOOK. 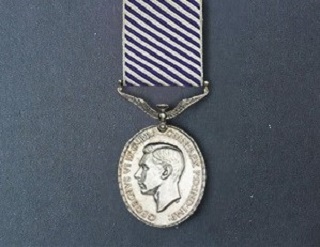