Awarded by the Board of Trade to members of the Merchant Navy who had undertaken one or more voyages through a war or danger zone. 133,000 were issued. The reverse shows a steamship on an angry sea and has the inscription For War Service – Mercantile Marine – 1914 – 1918. 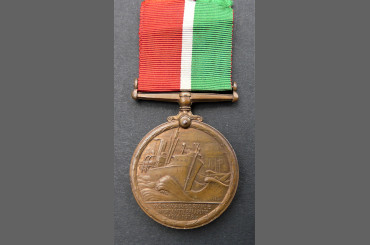