Instituted in 1914, it was initially awarded to Captains, Lieutenants and Warrant officers of the Army (including the Royal Flying Corps) for gallant or distinguished service. It was extended to include officers from other services for actions on the ground.

The medal was issued unnamed (after 1937 the reverse had the year of the award engraved).

A second award of the MC is noted by a silver bar placed on the medal ribbon. 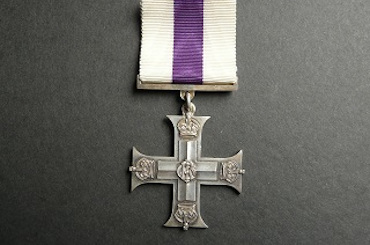