A war memorial in the form of a stone cross on the junction of High Street and Park Street, erected in 1920 and unveiled on 8 August of that year. It was dedicated to those parishioners who fell in the First World War. At some point after the end of Second World War, the names of parishioners who fell in that war were added, and a surrounding wall was built with a gated entrance. 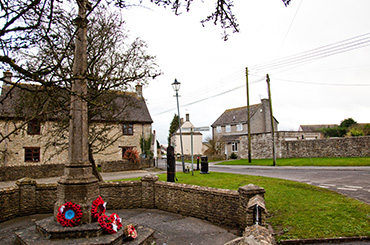