Awarded to all those who served in France and Belgium between 5th August 1914 – 22 November 1914. The majority of the 400,000 recipients of the star were officers and men of the pre-war army.

Clasp – In 1919, King George V authorized a clasp (dated 5th Aug – 22nd Nov 1914) for all those who had actually been under fire during that period. The clasp had to be claimed. 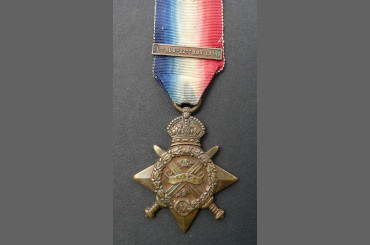