Awarded to Non-Commissioned officers and men of the army (including the Royal Flying Corps and Royal Naval Division) for individual and associated acts of heroism. The reverse of the medal states “For Distinguished Conduct in the Field”. For NCO’s and men, the medal was second only to the Victoria Cross, but superior to the Military Medal.

A second award of the DCM is noted by a silver bar placed on the medal ribbon. 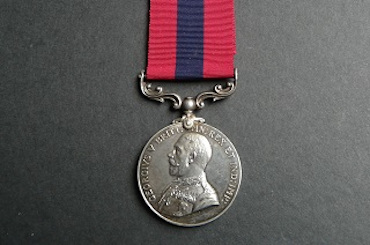