Awarded for operational service in France, Belgium, the Netherlands or Germany from 6/06/1944 to 8/05/1945 (sea service in connection with the northern Europe campaign also qualified).

The colours of the ribbon represent the flags of the United Kingdom, France and The Netherlands. 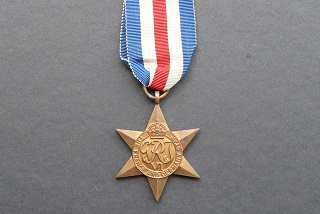