Awarded since 1831 to the Royal Navy men and non-commissioned officers. Originally awarded for 21 years exemplary service which was reduced to 15 years (from 1885).

For those medals awarded during the 20th Century, the name and rank of the recipient and the Ship/base they were serving on at the time of the award are impressed around the rim of the medal.

The reverse shows a three-masted man-of-war with the legend FOR LONG SERVICE AND GOOD CONDUCT round the circumference. 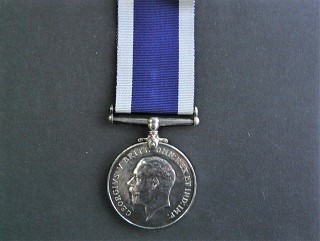