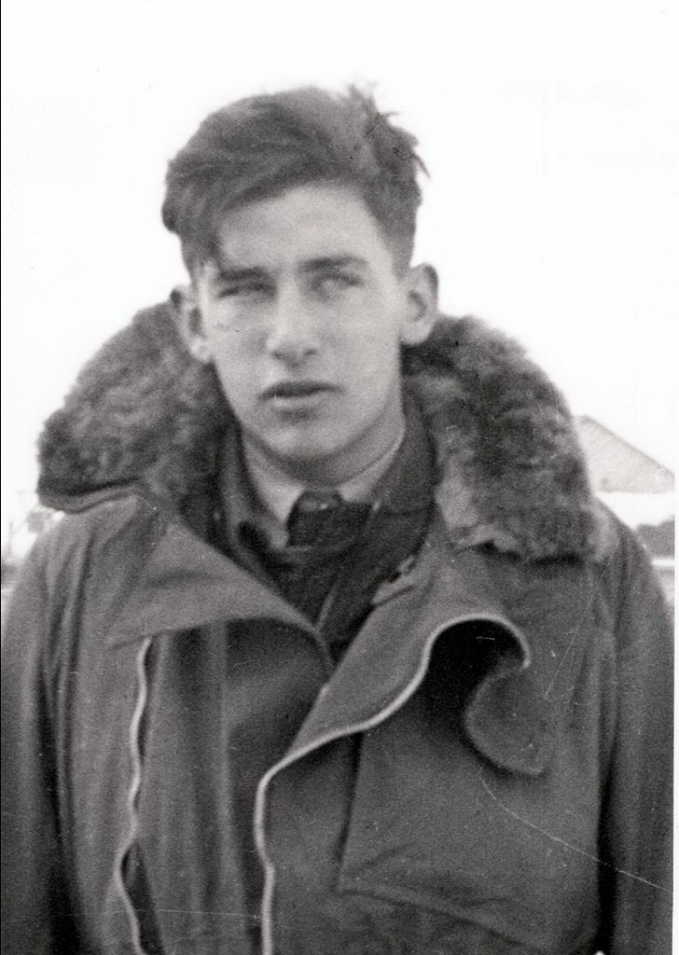 Michael (or Micky as he was known) was born and brought up in Shedfield, Near Southampton, where his father was a butcher/shopkeeper. He was the eldest of 5 children.

He enlisted in the RAFVR in November 1940 and promoted from Leading Aircraftsman to Pilot Officer in February 1943 and to Flying Officer in August 1943. He carried out his training in Guelph, Canada and Albany, Georgia, USA (a large number of RAF flight personnel were trained in North America).

Micky joined 15th Squadron RAF on 2/12/1943 (from 1651 Conversion Unit) and was a navigator on a Lancaster bomber operating out of RAF Mildenhall Suffolk. He flew on several missions after joining the squadron.

Whilst on a mission to bomb rail installations around Dreux, France, the aircraft was shot down by anti-aircraft fire and crashed at St Denis de Moronval at approx. 1am on the night of 10/11th June 1944. The aircraft jettisoned its bombs and tried to make a forced landing but disintegrated on impact with the ground and all 7 crew members were killed. They were buried by villagers in the local churchyard and their graves were decorated with poppies and cornflowers.

In addition to being commemorated on the Old Sodbury Memorial, he is also commemorated on the following:
https://www.britishnormandymemorial.org/roll-of-honour/search-de-tail/?first_name=Michael&initials=&surname=Hills&death_date_day=&death_date_month=&nmt_force=&regiment=&unit=&sort=0&search_within=0&search=Search&nmtid=30644&t=b
https://www.natwestgroupremembers.com/our-fallen/our-fallen-ww2/h/michael-hills.html

By kind permission, this information is based on the following source(s):

This information is based by kind permission on the following source: Commonwealth War Graves Commission, Findmypast and https://visionpdf.com/raaf-personnel-serving-on-attachment-in-royal-air-forceb0e7cc0f6061df3a9e1afa859341deca94723.html