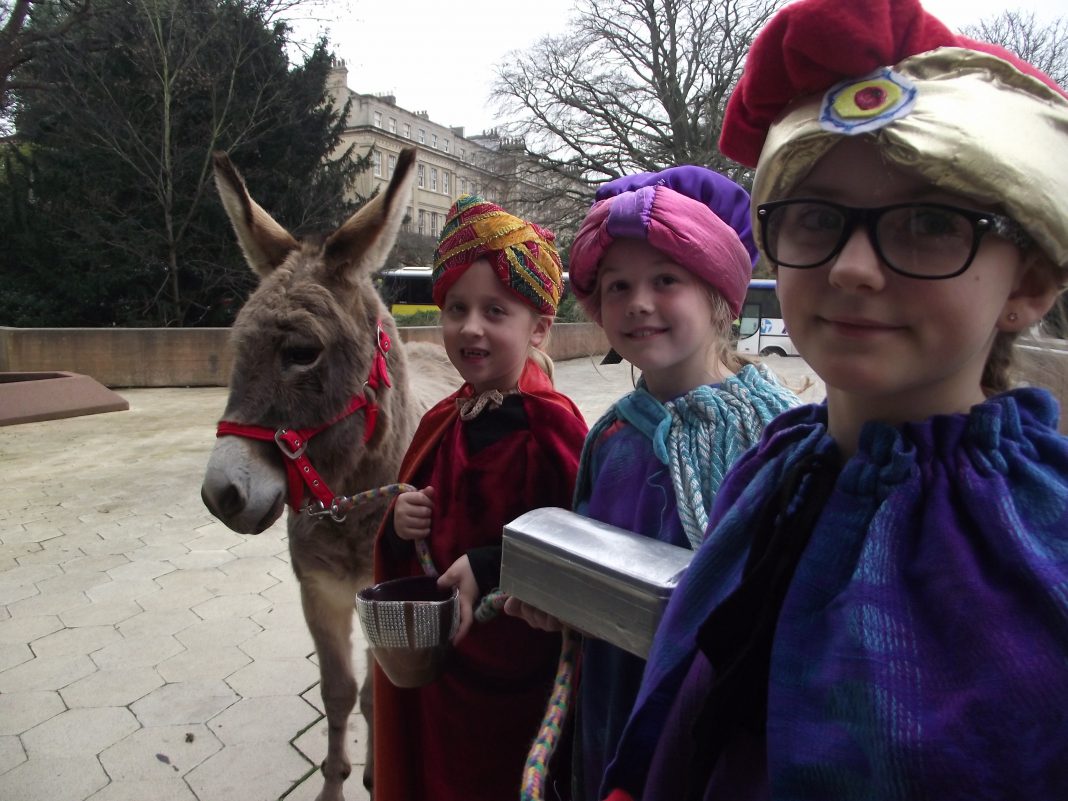 950 South Gloucestershire schoolchildren, teachers, and a four-month-old baby playing the part of Jesus came together to recreate a special nativity scene during the service. The main characters of the nativity were played by pupils from St Peter’s Primary School in Pilning, plus Mary and Joseph (played by teachers) lead a donkey around the cathedral to help bring the story to life.

Music was provided by a brass quintet and organ, with a varied programme of traditional carols and modern songs. Extra performances from Crossways Junior, Cherry Garden and Mangotsfield primary schools were supplemented by readings provided by pupils at Marshfield Primary School.

Chair of South Gloucestershire Council Cllr Erica Williams said: “It was a real treat to attend the primary schools carol service, see the nativity and enjoy the music and carols. Thanks to all of the pupils taking part and to the South Glos music hub for their efforts in making this wonderful event happen.”