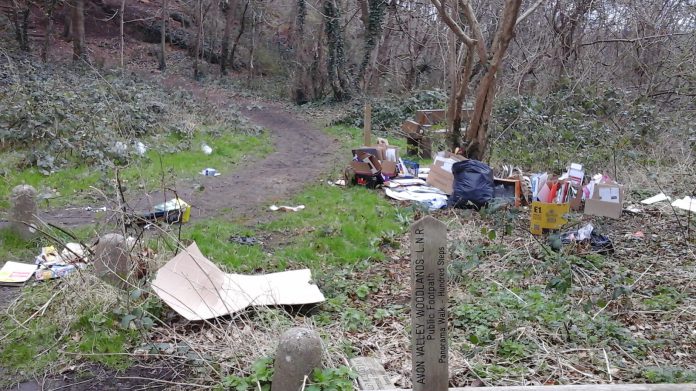 Dana Ali, 31, of Vining Walk in Easton, Bristol pleaded guilty to the offence of failing in his duty of care when he appeared at Bristol Magistrates Court on Monday 12 December. He was ordered to pay a fine of £230, along with £300 in costs and a £34 victim surcharge, making a total of £564.

The court heard that on Tuesday 8 March 2022, a fly tip was discovered at Conham Hill in Hanham, South Gloucestershire, a local nature reserve and known hotspot for fly-tipping. It consisted of two piles of cardboard and other packaging materials positioned close to each other in a wooded area a short distance from the road.

Ali identified the waste in the fly-tip as coming from his shop, stating that the packaging was from where they had recently stacked the shelves to open the shop. He claimed that an unknown man approached him and offered to remove the waste and packaging for £70. Ali agreed and said he assumed the man would get rid of the waste properly. He said he did not ask for or have any details of the man who removed his waste.

Councillor Rachael Hunt, cabinet member responsible for environmental enforcement at South Gloucestershire Council, said: “This case saw a large amount of commercial packaging waste fly-tipped near a public footpath in a local nature reserve, without any consideration of the impact it would have on the environment.

“We all have a responsibility to dispose of our waste in a responsible and lawful manner. If you hire a third party to dispose of your waste, always ask for a copy of the company’s waste carrier registration certificate and ask where the waste is being taken. Failing to carry out these simple checks could mean you are found liable and face prosecution if the waste is illegally deposited. 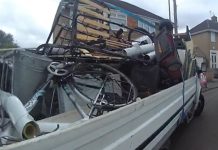 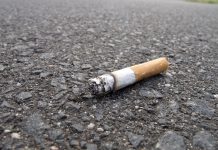