A man from North Somerset has been sentenced to 150 hours of unpaid work at Bristol Crown Court for rogue trading offences committed against an NHS worker from Thornbury, during the Covid-19 pandemic.

Miles Maughan, 27, of Moorland Park, Hewish, who traded as Driveline Landscaping and previously Driveline Paving, pleaded guilty to four offences under the Consumer Protection from Unfair Trading Regulations, which were committed in May 2020.

The case was investigated by South Gloucestershire Council’s Trading Standards service following a complaint that Maughan had poorly installed a dropped kerb and a tarmac driveway in Thornbury. The driveway had sunk and caused various trip hazards, amongst other problems.

As part of the proceedings, South Gloucestershire Trading Standards was able to ensure that the victim received a full refund of £3,000 from Maughan.

It was established that Maughan had failed to comply with legislation on doorstep sales and had not provided his customer with details of their 14 day cancellation rights, despite being advised by Trading Standards about this on two separate occasions in 2014 and 2019.

He also gave false customer testimonials on review sites to secure work and claimed that his business was based at 18 Southside, Congresbury, which was a false address.

Maughan’s trading practices were also of concern as he was shown to have started work within the 14 day cancellation period and without the request of his customer, thereby committing a separate offence of an aggressive commercial practice.

The Court heard how Maughan applied pressure on his prospective customer by attending their home to carry out the work before the contract had actually been agreed. He also tried to increase the price for the work by £200 halfway through the job and became hostile when his customer refused to make payment in cash, pressurising them to do so.

The Court was told that Maughan’s victim even had to return to work early from maternity leave in order to try and recoup the money lost in order to have the substandard work rectified.

South Gloucestershire Council’s Cabinet Member for Communities and Local Place, Cllr Rachael Hunt said: “We will not tolerate rogue traders here in South Gloucestershire and I’m pleased to see that justice has been served. This individual has been advised twice by Trading Standards about his practices and was seemingly determined not to comply with the law on doorstep selling.

“Residents should be aware that if any such agreement is made, they have to be provided with details of their 14 day cancellation rights and also to be wary of review sites, as they are not always what they seem. We will not hesitate to bring anyone who operates in this manner before the courts.” 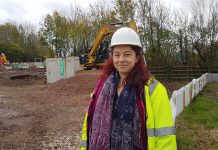 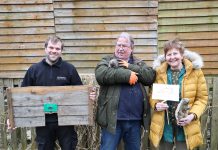