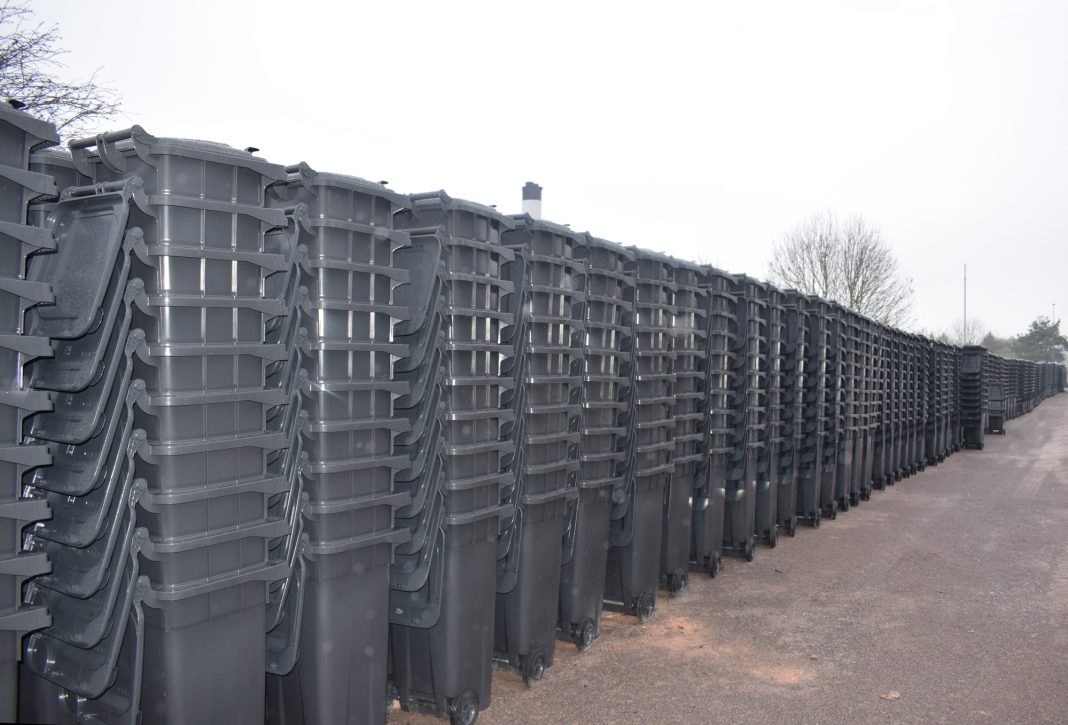 From Monday 15 January we will begin delivering 106,000 140 litre bins to residents across South Gloucestershire. The new bins will replace the current 240 litre black wheeled bins used for non-recyclable waste.

Around half, 52 per cent, of the household waste in refuse bins could be recycled and the roll out of these smaller bins is one of a number of measures we have introduced to reduce the amount of recyclable waste which ends up in the black bins.

As well as the 140 litre bins which residents will start to receive over the next three months, we also introduced weekly kerbside recycling collections last June along with a simpler sorting system so that residents can easily recycle their waste. The combined effect is that people don’t have to store as much recyclable material between collections, and the financial cost of disposing the black bin waste is reduced.

The scale of the task to replace the bins won’t happen overnight however residents will continue to have their bins and recycling collected on their usual collection days. This won’t change.

Some facts and figures below highlight the scale of the task:

Cabinet Member for Communities and Tourism, Cllr Heather Goddard, said: “There’s no doubt that the amount of waste put into the black bins could be reduced by recycling more from home. Recycling is the right thing to do for our environment and our economy and I would encourage everyone to recycle even more in 2018.

“People have already risen to the challenge since the weekly kerbside recycling collections began last year. The next step is to reduce the size of people’s waste bins, which will start to happen from Monday 15 January when we will be exchanging the old 240 litre black bins for non-recyclable waste with the new 140 litre bins. This will reduce the amount of recyclable waste ending up in the black bins and help the council achieve its ambitious recycling target of 60 per cent by 2020.

“There have been a number of other initiatives brought in as part of the new approach, including introducing separate bags for disposable nappy waste to help families with young children manage their non-recyclable waste.

“Waste that cannot be recycled is disposed of either as energy from waste or into landfill and the council has to pay at least £101 to dispose of every tonne of black bin waste in this way, which soon adds up.”

More information is available at www.southglos.gov.uk/wastestrategy