A new memorial was dedicated on the 15th November 2015.

The monument in Scotts Park, Patchway, South Gloucestershire, BS34 5JR, lists the names of 33 men from the town killed in World War One and 21 who died in World War Two.

The memorial wall was made of concrete blocks created using 3D printed moulds.

Previously there was a white marble memorial (depicted), is located in the forecourt of the Royal British Legion HQ in Patchway. No names are inscribed on the memorial itself. These are held inside the British Legion building in a book of remembrance.

The town council and the Royal British Legion plan to erect a more substantial memorial in a prominent position when the Northfield development takes place on Filton Airfield in the next few years. 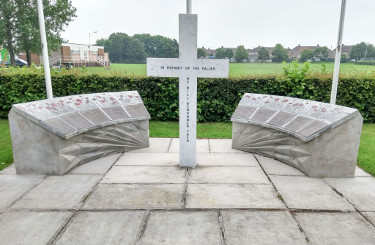 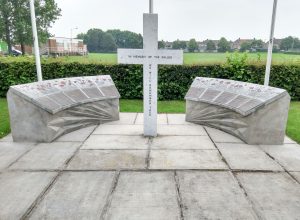