After qualifying for the 1939-45 Star, the Air Crew Europe Star was awarded for operational flying from UK bases for an additional period of two months between 3 September 1939 to 4 June 1944. Entitlement to either the Atlantic Star or France and Germany Star was denoted by the appropriate bar/clasp. 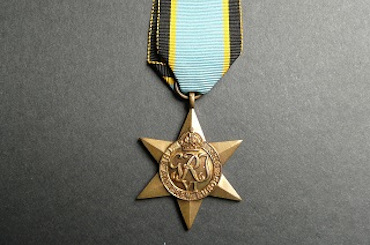