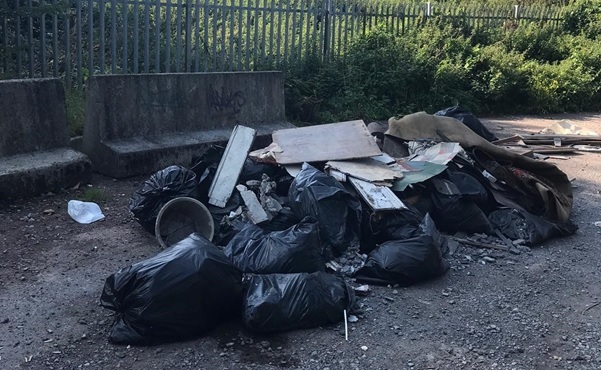 A Bristol man has been fined a total of £6,649 in fines and costs after being found guilty of failing in his Duty of Care when fly-tipped waste was discovered at four different locations across South Gloucestershire.

The council’s environmental crime team examined the dumped waste for evidence and in one of the fly-tips discovered details of Ishaq and his home and business addresses. The other three fly-tips were found to contain documents relating to an address in South Wales that was owned by Ishaq at the time.

When contacted by the council, Ishaq stated he owned properties and developed them. He said that he had paid someone to remove black bags containing waste from his Bristol addresses and claimed that any arrangements for the removal of waste from the South Wales address would be the builder’s responsibility.

He declined to be interviewed but provided a statement in which he maintained that he could not be held responsible for rubbish that had been fly-tipped from either of his properties as he had paid the people responsible for the disposal of rubbish in good faith. Ishaq denied fly-tipping the waste but failed to identify or provide any details whatsoever of the people he had used, or how to contact them. As a result, he was summonsed to court for failing in his Duty of Care to ensure his waste was properly disposed of and having records relating to who took his waste away.

Councillor Rachael Hunt, cabinet member responsible for environmental crime at South Gloucestershire Council, said: “This case saw fly-tips take place at four separate locations across the area without any thought given to the impact it would have on our residents or the environment.

“Our zero-tolerance approach means that anyone who fly-tips in South Gloucestershire is five times more likely to be prosecuted than anywhere else in the country. Our award-winning environmental enforcement team has a 100 per cent record of securing successful prosecutions for this type of offence and if you fail in your duty of care and allow rubbish to be fly-tipped here, you can expect to be caught and brought before the courts.

“We all have a responsibility to dispose of our waste in a responsible and lawful manner. If you hire a company to dispose of your waste, always ask for a copy of the company’s waste carrier registration certificate and ask where the waste is being taken, or you could be found liable and face a considerable fine.”

Unwanted goods and household or garden waste can all be disposed of at no cost via the council’s Sort IT! * Centres https://www.southglos.gov.uk/sortitcentres 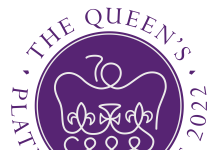 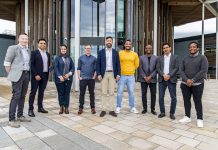 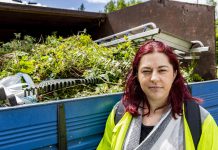