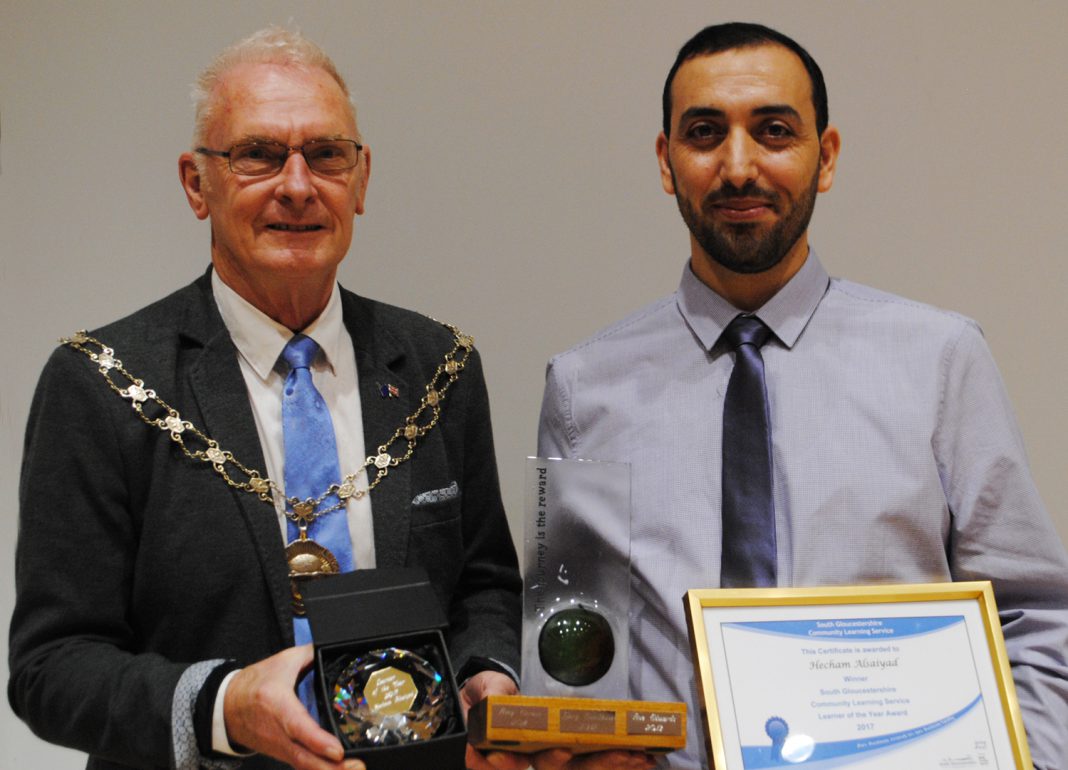 A refugee has been named as our Community Learner of the Year 2017.

The annual event is organised by our community learning team to reward and celebrate the achievements of people who have taken one or more of our courses over the past year.

Hecham Alsaiyad, 39, worked as a pharmacist back in Syria but the civil war in his country forced him to leave. He came to the UK under the refugee resettlement programme to make a new life for himself and his family.

Hecham, his wife and his three children arrived in November last year and have been living in the Patchway area of South Gloucestershire ever since.

Keen to get on with his life, he enrolled on two English for Speakers of Other Languages (ESOL) courses and also spent many hours studying English at home in his determination to excel as quickly as possible.

He said: “It has been difficult at times settling into a new life but I have found that the people I have met have been friendly and very supportive.”

Getting used to being in another country and experiencing a different culture has thrown up some interesting observations for Hecham. He says the things he enjoys most about living here is the sense of freedom and openness and how well traffic is managed, with everyone following the rules.

Hecham also has aspirations to go to university and is interested in researching stem cell science. In the meantime, he is continuing with his community learning courses and looking for opportunities to access an international English language testing system course.

Cllr Ian Blair, Chairman of South Gloucestershire Council, who attended the Community Learner of the Year event to present the certificates to all of the learners, said: “Meeting Hecham and all the other people in South Gloucestershire who have been on a community learning course was inspirational. You start to understand what motivates people to make a change, not just for themselves but for the benefit of their family as well.

“One of my charities which I am supporting this year is Borderlands, an organisation which reaches out to refugees and asylum seekers who need help to settle in to communities so I’m delighted to see Community Learner of the Year go to Hecham who has overcome so many difficulties to succeed in this new chapter of his life.”

For a full list of our community learning courses visit www.southglos.gov.uk/communitylearning