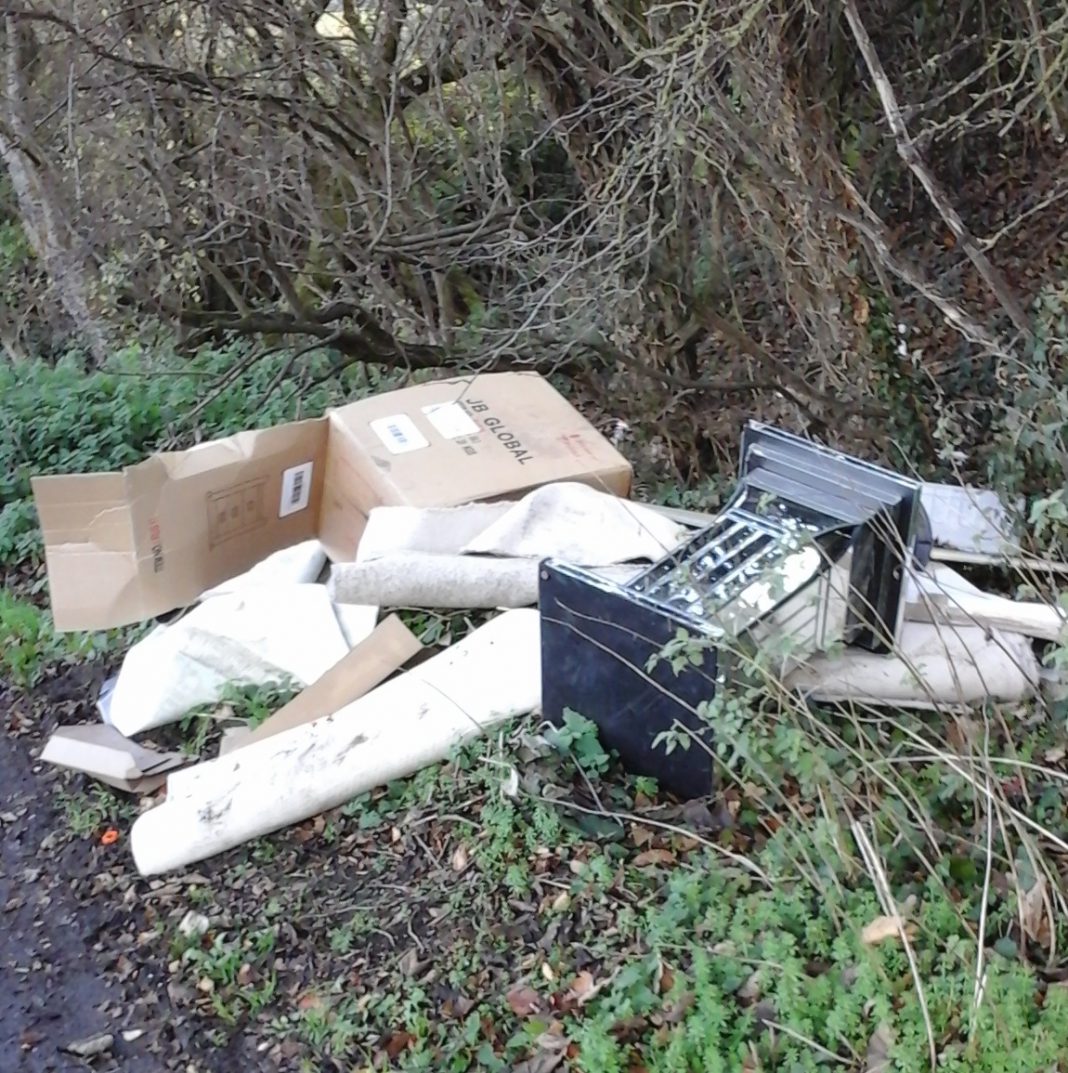 A Bristol man has been ordered to pay a total of £719.50 after being found guilty of committing waste related offences following a fly-tip that was discovered in Wick, South Gloucestershire.

Benji Parker, 22, of Stanfield Close, Lockleaze in Bristol, was prosecuted by our environmental protection team after a fly-tip of household waste was discovered on London Road, Wick, South Gloucestershire.

The court heard that the fly-tip was first discovered on Thursday 22 November 2018, and when the waste was investigated by the council’s envirocrime officers, documentation was found relating to an address in Hengrove, Bristol. Subsequent enquiries indicated that the waste had been collected from this address by Parker.

When council officers interviewed Parker, he said that he had assisted a friend in moving furniture from the Hengrove address using his own van. He claimed that during this furniture removal they were offered payment to remove some waste from the same property. The friend accepted £50 cash and although Parker stated that he didn’t receive any part of the payment, he admitted that he was responsible for the fly-tip on London Road.

The case was heard at Bristol Magistrates’ Court on Wednesday 13 March.

South Gloucestershire Council’s Cabinet Member for Communities and Tourism Cllr Paul Hughes said: “Fly-tipping has a negative impact on our communities and local environment and we all have a responsibility to make sure that our waste is disposed of in the appropriate manner. Anyone that fly-tips in our area is five times more likely to be successfully prosecuted than anywhere else in the country. We have a 100 per cent record of securing successful prosecutions for this type of offence, so if you fail in your duty of care and allow rubbish to be fly-tipped in South Gloucestershire, you can expect to be caught and prosecuted.
He added: “The Council invests time and resources in gathering evidence to pursue offenders through the courts and this approach has proved effective in keeping down both the amount of fly-tipping in this area, and the cost of clearing it up.”

Ask for a copy of the company’s waste carrier registration certificate and ask where the waste is being taken. Legitimate firms will be happy to provide this information.
Do not be tempted to use people offering cheap waste clearance on sites such as Facebook and Gumtree unless you have confirmed that they are registered with the Environment Agency
Check whether the waste carrier is registered by calling the Environment Agency on 08708 506506 or by checking on their website https://environment.data.gov.uk/public-register/view/search-waste-carriers-brokers
Ask for a registered trading address and contact telephone number for the trader and get a receipt.