On 17 March the West of England Joint Transport Board will be advised of significant increases in the estimated cost for MetroWest Phase 1.

The members of the West of England Joint Transport Board will discuss a report that advises that the indicative cost estimate to deliver MetroWest Phase 1 has risen from £58 million to between £145 million and £175 million.

The Joint Transport Board will consider how to deliver Phase 1 in three stages but need to be certain that what is proposed is affordable and provides value for money, so are likely to ask officers to work with Network Rail and GWR to investigate the costs and practicalities of each stage.

Speaking on behalf of the Joint Transport Board, the Chair, Councillor Colin Hunt, said: “It seems likely that the Joint Transport Board will not be able to commit to delivery of the full MetroWest Phase 1 at this stage as the estimated costs are outside the existing allocated budget.
“Now we know what is required to deliver the full scope of Phase 1 we can look at how best to move forwards to deliver these much needed improvements to the local rail network and are already working closely with Network Rail and Great Western Railways on this.”

In a recent letter on the issue, Chris Grayling, Secretary of State for Transport wrote: “Cost escalation within rail infrastructure projects has been prevalent at national level in recent years. The Department for Transport recognises the benefits of the MetroWest scheme and in particular the positive impacts it will have for the people of Bristol and has been engaged for several years. I have asked my officials to continue working with all parties to find a workable resolution to this issue and to keep me updated on developments”

Simon Maple, Network Rail Western Route Programme and Project Sponsor, said: “Network Rail has provided the West of England Local Enterprise Partnership with a detailed study of the range of options and costs to deliver the MetroWest rail scheme. Major projects such as this one cannot be taken forward until they are properly scoped and planned and have a robust estimate of what the cost will be. These detailed estimates have been independently verified and provide a realistic representation of the costs involved in delivering MetroWest rail.
“We will continue to work together with the West of England Local Enterprise Partnership, GWR and the Department for Transport on potential next steps to deliver this project and further improve rail services for passengers.” 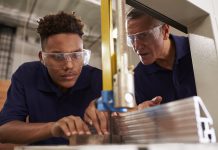