Awarded to all those serving with the Territorial Force on 4 August 1914 (or those with 4 years’ service who rejoined before 30 September 1914), who served overseas during the course of World War 1. Those who had qualified for the 1914 Star or 1914-15 Star were excluded. Around 34,000 medals were issued. The reverse has the inscription Territorial War Medal – For Voluntary Service Overseas 1914-19. 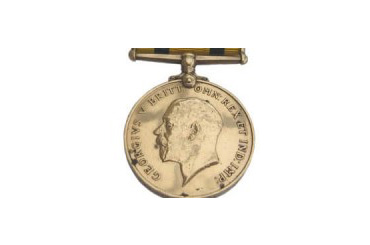