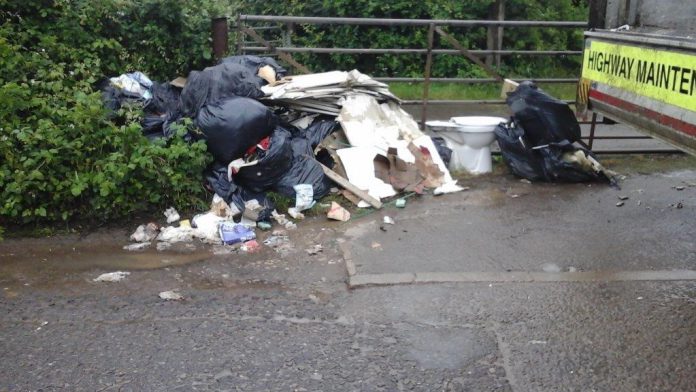 A Bristol man has been ordered to pay a total of over £700 in fines and costs after being prosecuted for waste related offences following the discovery of a fly-tip at Cattybrook Road (North), Shortwood, South Gloucestershire.

Ashley Wise, 29, of Crome Road, Lockleaze, Bristol was prosecuted by South Gloucestershire Council’s environmental protection team after a fly-tip consisting of plasterboard, wood, a toilet, building materials and black bin bags containing other waste was discovered on Cattybrook Road and reported to the Council.

Council officers attended the site and after seizing evidence and taking photographs, the fly-tip was cleared. The evidence was examined and the origin of the waste was traced to the home address of Ashley Wise in Lockleaze. Officers attended the address but there was no answer at the door, so a contact card was left.

Wise subsequently telephoned the Council and explained that about a week before, two men with a van had ‘cold called’ at his address having spotted the waste in his front garden. They offered to remove the waste for an agreed price of £50.

Wise was unable to provide any details of these men, their vehicle or telephone numbers and he did not have a receipt for the waste removal. He was invited to attend the council offices on 8 July where he was interviewed under caution, during which he confirmed that all of the waste discovered at the fly-tip had come from his home address.

Appearing at Bristol Magistrates Court on 15 January, Wise pleaded guilty to failing in his duty of care for the secure transfer of household waste and was fined £100, along with £574 in costs and a victim surcharge of £30.

Cabinet Member for Communities Cllr Rachael Hunt said: “Fly-tipping is completely unacceptable. It has a negative impact on our communities and local environment and we all have a responsibility to make sure that our waste is disposed of in the appropriate manner.
“Our zero-tolerance approach to fly-tipping in South Gloucestershire means that anyone who fly-tips here is up to five times more likely to be prosecuted than anywhere else in the country. Our award winning envirocrime team has a 100 per cent record of securing successful prosecutions for this type of offence, so if you fail in your duty of care and allow rubbish to be fly-tipped in South Gloucestershire, you can expect to be caught and prosecuted.” 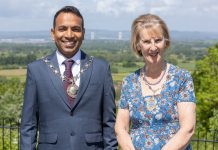 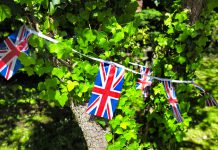