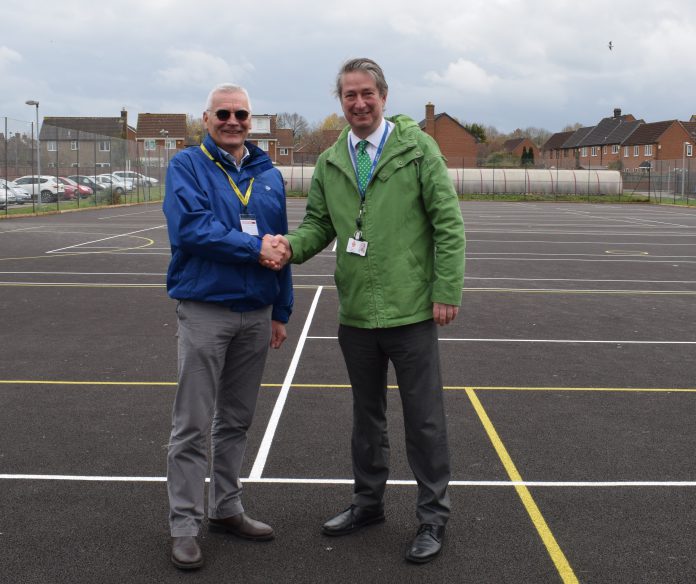 Community sports courts at Brimsham Green School, Yate, have been completely resurfaced thanks to a South Gloucestershire Council grant worth £74,500.

The surface of the hard courts was previously in poor condition which made it difficult and unsuitable for netball and tennis games. It resulted in a decline in users as the school were unable to attract new community sports groups to the facilities.

We negotiated contribution funding from developers to invest in improving facilities within the area and, last November, allocated the Section 106 funding for the work to be done.

The courts are now fully open and available for community use out of school hours. The pupils at the school are also benefiting from the improved facilities.

“We hope this much-needed work will encourage even more people to make use of these top class facilities to get active and it will contribute to continued sporting success for South Gloucestershire in the future.”

Brimsham Green School Head of Finance, Business and Administration Terry Redfern added: “The work has made a big difference and we’re really pleased with the new facilities now available.”