A fraudulent landscape business owner who targeted South Gloucestershire households has been ordered to carry out 300 hours of unpaid work and handed a compensation order after pleading guilty to fraud charges.

Matthew Newman, 35, of Mortimer Road in Filton, appeared before Bristol Magistrates’ Court on 13 March and pleaded guilty to three offences of Fraudulent Trading and a single count of Fraud.

He returned to court for sentencing on 27 March and in addition to being ordered to carry out 300 hours of unpaid work he was also made subject to a compensation order requiring him to repay his victims the £4,852.40 he took from them.

The case was pursued by South Gloucestershire Trading Standards after a number of complaints were received about a business called Elysian Fields South West Limited and Matthew Newman, its sole director, all involving landscaping contracts. It was alleged that Newman was repeatedly taking large payments up front from his customers and then doing little or no work at all before disappearing with their money.

Four victims came forward, all reporting similar behaviour by Newman and his company between 2015 and 2018. He had told his customers that the upfront payments would cover the cost of materials for their landscaping projects.

Newman was eventually traced to an address in Filton by South Gloucestershire Council’s Trading Standards team with help from Avon and Somerset Police.

In court, Newman pleaded guilty at the first opportunity and expressed remorse for his actions, claiming that at the time of the offending he used the money he took from his victims to fund a drug habit. He was informed by the magistrates that had he not pleaded guilty at the first opportunity he would have been sent to prison.

Newman was told that he must carry out the unpaid work within the next 12 months and was also ordered to pay £500 in costs and an £85 victim surcharge.

Mark Pullin, Strong, Safer Communities Manager at South Gloucestershire Council, said: “We strongly advise householders against paying traders large sums of money or the full price up front before any work has been carried out.

“Our advice to anyone who suspects they may have been the victim of a rogue trader is to report the matter by calling the Citizens Advice consumer helpline on 03454 04 05 06.” 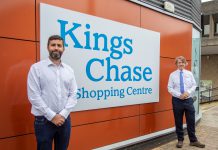 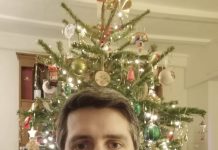 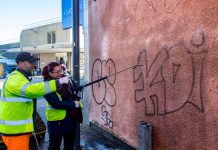