123 Jump Limited, an indoor soft play area company located at Cribbs Causeway in South Gloucestershire has been ordered to pay a total of £45,000 in fines and costs after pleading guilty to breaching health and safety rules which resulted in an employee receiving serious injuries.

The 19-year-old employee suffered serious scalding burns when a large quantity of near-boiling water was spilt onto her whilst working in a kitchen area at 123 Jump Indoor Play Centre at Cribbs Causeway in Patchway, South Gloucestershire.

Sentencing took place on Thursday 15 July at Bristol Magistrates Court, where it was heard that in April 2018 the employee had taken hot water from an urn in the kitchen area that was designed for making hot beverages. She had filled a container with the hot water which then toppled onto her causing significant burns to her hands and lower body, covering nine per cent of her body in total. As a result, she remained in hospital for eight days and has been left scarred and with other long term effects due to the accident.

An investigation by Environmental Health Officers at South Gloucestershire Council found that a boiler meant to supply hot water was unreliable and by the time of the accident was permanently unusable. It was discovered that hot water was being taken from a drinks urn in the kitchen area using unsuitable metal and plastic containers and being used for a variety of purposes.

The company were charged with:
• Failing to ensure so far as was reasonably practicable, the health, safety and welfare at work of its employees in that it failed to ensure employees were not exposed to risks arising from the use of hot water and cleaning tasks
• As an employer failed to make a suitable and sufficient assessment of the risks to the health and safety of young persons in its employment.

South Gloucestershire Council’s Cabinet Member for Communities and Local Place Cllr Rachael Hunt after the hearing said: “Hearing about the terrible injuries and long-term effects suffered in this accident was incredibly upsetting. The risk of injury from this unsafe working practice was foreseeable and the incident could so easily have been avoided.

“Businesses should be aware that South Gloucestershire Council will not hesitate to take appropriate enforcement action against those that fall below the required standards.”

The Health and Safety at Work etc Act 1974 imposes a duty on employers to ensure, insofar as is reasonably practicable, the health, safety and welfare at work of all its employees. This duty extends to young persons and employers must have additional regard to the specific risks to young persons in their employment.

To report a suspected breach please email FoodAndHealth@southglos.gov.uk or telephone 01454 868001. 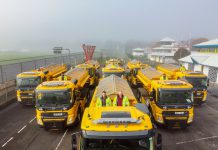