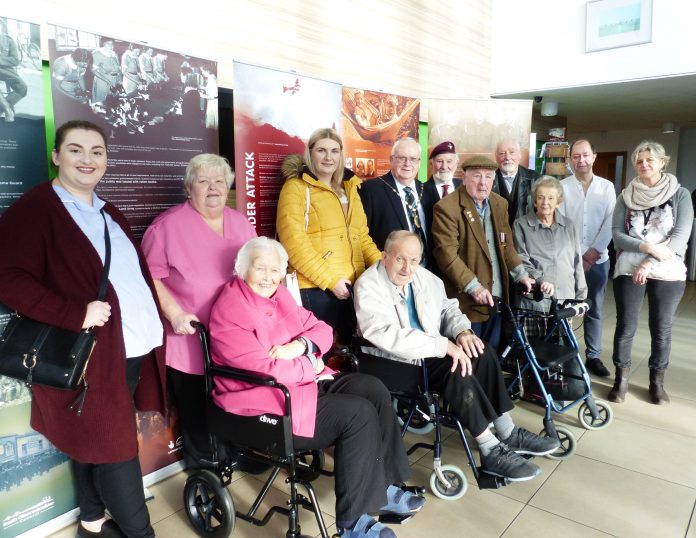 Our Second World War Stories exhibition has officially launched and will be touring South Gloucestershire libraries and community venues in the area between February and September.

The National Lottery funded project aims to explore the impact of the Second World War in the local area and this exhibition shares residents’ stories about what it was like to grow up, live and work in South Gloucestershire during or in the aftermath of the war. From sweet rations to shelters, air-raids to evacuees, it’s a great opportunity to learn more about how local people lived through the war.

The exhibition opens at Staple Hill Library on Monday 4 February before touring libraries and community venues across South Gloucestershire over the next nine months, and will be accompanied by a series of community events. The exhibition is part of a project supported by £49,900 from the National Lottery Heritage Fund.

Vice Chair of South Gloucestershire Council Cllr Brian Allinson said: “We are delighted to have been awarded funding by the National Lottery for our South Gloucestershire Second World War Stories project. This exhibition captures what life was really like during the war and we are pleased to be able to share these important and powerful stories before they are lost to living memory.
“Thanks to all of the local volunteers, museums and care homes who helped us to create this exhibition. Come along to find out more about how the war affected the lives of those living and working in South Gloucestershire and to share your own stories.”

The Second World War Stories project team carried out research with community museums and through reminiscence sessions in care homes across South Gloucestershire to gather quotes and images for the exhibition, in order to bring to life the experiences of those living and working in the area during the war.

In attendance at the exhibition launch was Tony, originally from Wickwar, who remembers working at Newman’s in Yate as a 15-year-old boy. He said: “The all clear had gone and we were walking home across the fields. A plane was coming up the railway line from Gloucester towards Yate. I could see the faces of the crew in the cockpit. My future wife lost her sister at Parnall that day, Barbara Amos; she’s the first name on the memorial at St Mary’s Church.”

Irene, who lives in Downend, remembers the day that Filton was bombed: “My husband was a fire watch volunteer at Bristol Aeroplane Company. The night Filton got bombed I paced up and down with baby Peter in my arms, praying that my husband was alive. There was no way of knowing until he walked through the door.”

Maureen, also a Downend resident, remembers: “Uncle Ernest had been a Prisoner of War. When he came home we were all there to greet him and had hung up a welcome home sign. I can still remember him clearly, he was a shadow of his former self.”

Alongside the exhibition we are running a number of community events to share the stories we have uncovered and hopefully discover even more. If you lived through the war yourself, please bring along any memorabilia or photographs to our events so we can capture your stories. We can scan photos and add them to the Know Your Place website to highlight a slice of history.