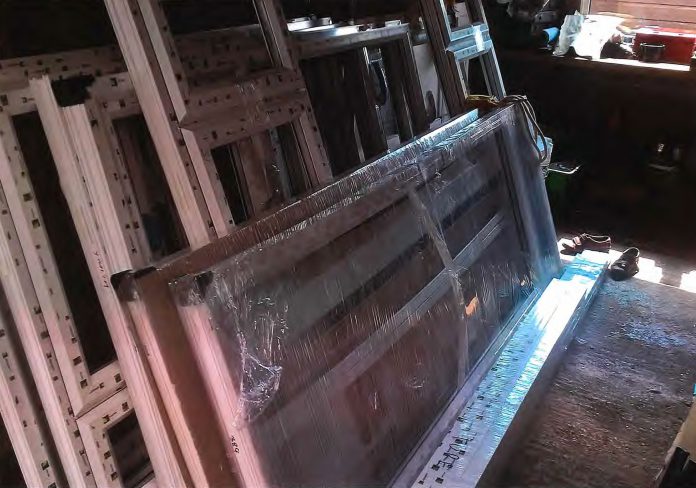 A window fitter from Poole in Dorset has been handed a 16 month, suspended prison sentence and ordered to re-pay nearly £4000 to an elderly couple in Frampton Cotterell after agreeing to supply and fit new windows and doors at their home, taking £8,000 in cash up-front, and never returning.

James Edward Smith, 39, from Green Gardens in Poole appeared at Bristol Crown Court on 10 November where he was due to stand trial for the theft of £4,700, following an investigation by South Gloucestershire Council’s Trading Standards team.

Smith changed his plea at the last moment and in addition to re-paying the money and a suspended prison sentence, he was ordered to carry out 180 hours of unpaid work and pay £1,600 towards prosecution costs.

During April 2019 Smith had been fitting windows on behalf of a national company at a neighbouring property when he made a verbal agreement to replace the windows and doors at the victims’ house. Smith took a payment up-front and although some of the windows were subsequently delivered, Smith never returned, making a range of excuses and eventually stopped answering the victims’ calls altogether.

Trading Standards worked closely with the Police to trace Smith and he was given an opportunity to return the money. He initially claimed it was a supply only agreement with the victims but following further enquiries, Smith’s co-worker gave evidence confirming that the agreement had been for both the supply and fit of the windows and doors.

The victims’ were left needing to arrange for another trader to fit the windows and doors which had been delivered, and buy the ones Smith had not ordered; costing them a further £3,950.

South Gloucestershire Council’s Cabinet Member for Communities and Local Place, Cllr Rachael Hunt said: “We want this case to serve as a warning and a deterrent to any other dishonest individuals with intentions of rogue trading here in South Gloucestershire. We take a very robust approach to vulnerable residents being targeted in such a way and If you do so, we will track you down and we will take you to court.

“We encourage our residents to only deal with trusted tradesmen and make all agreements in writing. We discourage large up-front payments for obvious reasons and you should never deal with doorstep traders.”

Anyone wishing to report an incident of rogue trading can do so by calling Trading Standards on 0808 223 1133.