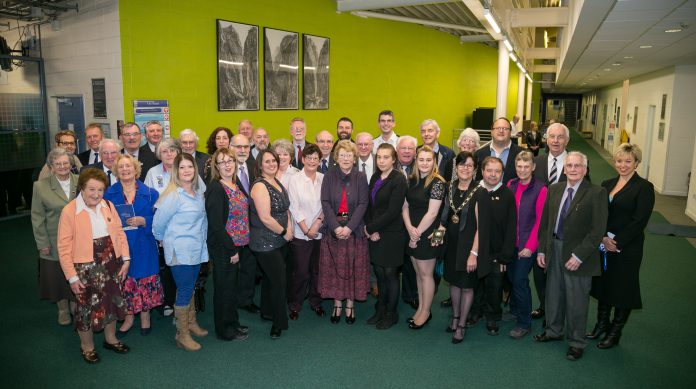 Throughout the evening award winners from across South Gloucestershire and from a wide variety of backgrounds were presented with their certificates by Cllr Erica Williams and Sara-Jane Watkins. The final round was the Lord Lieutenant’s Special Award, which saw Dame Janet Trotter and Robert Bernays present £100 to Diya Barot and George Beaven for their valued services as mentors and anti-hate crime ambassadors in South Gloucestershire.

Chair of South Gloucestershire Council Cllr Erica Williams said: “I have been consistently amazed and inspired by the number of people from across our area who dedicate so much of their precious time in a voluntary capacity. These awards are a small way of recognising the effort and tireless service which volunteers provide for their local communities, and to say thank you to just some of them for continuing to make South Gloucestershire a great place to live and work.

“Choosing from the nominations for this event has been a heart-warming and yet difficult task. All the nominees were clearly highly respected and admired for their commitment and hard work. It has been humbling to read all of the citations and I consider it to be one of the highlights of my role to be able to honour our award winners.”

Principal and Deputy Chief, Sara-Jane Watkins said: “SGS College is delighted to support the Chair’s Community Awards. It is important to acknowledge the people of South Gloucestershire that selflessly enrich our community.”

Our annual awards event is sponsored by South Gloucestershire & Stroud College and offers the perfect opportunity to celebrate the hard work and dedication of volunteers in the community who display outstanding commitment in giving up their time and effort to help others. The evening also saw students from the Level 3 Musical Theatre Year 2 group, based at WISE campus of South Gloucestershire and Stroud College, perform some of their latest productions.

For more information about the Chair of South Gloucestershire Council please visit www.southglos.gov.uk/chair