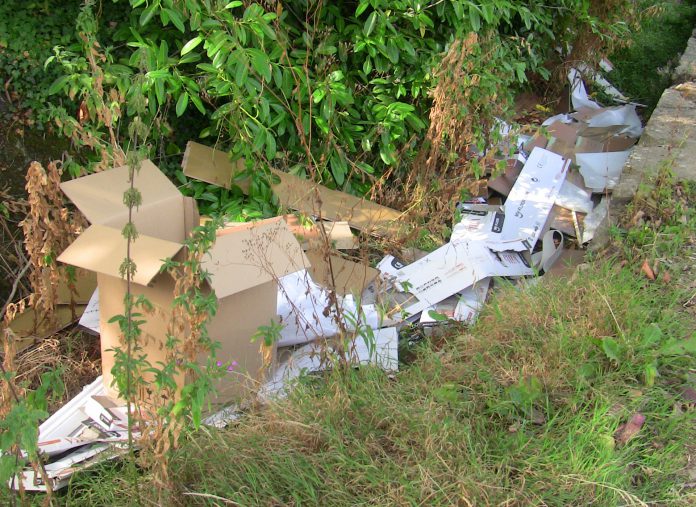 A Caerphilly man has been ordered to pay a total of £1611.50 after being found guilty of committing waste related offences in Badminton, South Gloucestershire.

Mark Gardiner, 57, of Herons Way, Caerphilly, was prosecuted by our environmental protection team after a vehicle was seen fly-tipping waste on a roadside in Badminton, South Gloucestershire, in August.

The court heard that on Sunday 5 August, a witness was disturbed by a barking dog and saw a vehicle speeding off. Upon investigation, the occupant of the vehicle had fly-tipped waste consisting of old laminated flooring, metal, a wooden fireplace surround, underfloor insulation and cardboard along the roadside. The origin of the waste was traced to the home address of the defendant in Wales.

Gardiner was subsequently interviewed under caution by the Council’s officers and said the waste had come from his property. He said he had flooring replaced and the old flooring was left outside his property. The defendant alleged that between Wednesday 1 August and Saturday 4 August, two men knocked on his door asking if they could take away old radiators outside the property. It was agreed for them to remove the waste for the sum of £20.

However, although Gardiner stated that the men come round regularly collecting old scrap metal, he was unable to supply any other details to assist in possible identification. Only his waste was found at the fly-tip some 50 miles away from where it had been collected.

Gardiner pleaded guilty to failing to ensure that the waste was transferred to an authorised person and was fined £721, along with a £72 Victim Surcharge and costs of £818.50, totalling £1611.50.

The case was heard at Bristol Magistrates’ Court on Wednesday 5 December.

South Gloucestershire Council’s Cabinet Member for Communities and Tourism Cllr Paul Hughes said: “Fly-tipping is an issue that has a negative impact on our communities and local environment. In this case, a resident was disturbed at night as waste was being fly-tipped.

“We are keen not only to punish those who offend, but also to highlight the punishments received so as to deter other offenders. The Council invests time and resources in gathering evidence to pursue offenders through the courts and this approach has proved effective in keeping down both the amount of fly-tipping in this area, and the cost of clearing it up.” 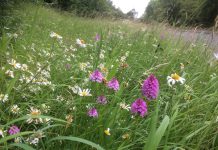