South Gloucestershire Council has announced arrangements following the sad death of Her Majesty The Queen. Details can be found on the council’s website at www.southglos.gov.uk/HerMajestyTheQueen

Information about changes to council business or disruption to services will also be posted on this dedicated webpage.

Books of condolence will be opened in the council’s Badminton Road Offices in Yate and the Kingswood Civic Centre at 9am on Saturday 10 September for anyone who would like to pay their own personal tribute to Her Majesty. The books will remain open every day from 9am to 5pm until Tuesday 20 September.

Members of the public are invited to lay floral tributes in Kingswood Park, on the path around the circular flower bed in front of the main gates. There will be signs to indicate where. Flowers left in other public places may be relocated to Kingswood Park if necessary.

The official Proclamation of King Charles III will be on Saturday 10 September at St James’s Palace in London. A local reading of the Proclamation will be made by the Chair of the Council, Councillor Sanjay Shambhu at Kingswood Civic Centre, this is currently expected to take place on Sunday 11 September at 2pm (TBC). Any changes/updates will be posted on the dedicated webpage www.southglos.gov.uk/HerMajestyTheQueen. All South Gloucestershire councillors and aldermen have been invited and the Vice Lord Lieutenant, Roger Deeks is also attending.

A live webcast of the local Proclamation will be available for members of the public to watch – this link will also be available on the webpage. A wreath-laying ceremony will take place in Kingswood Park following the reading. 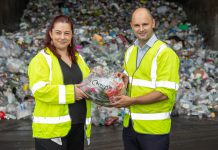 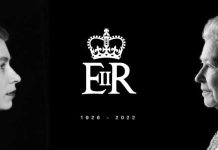