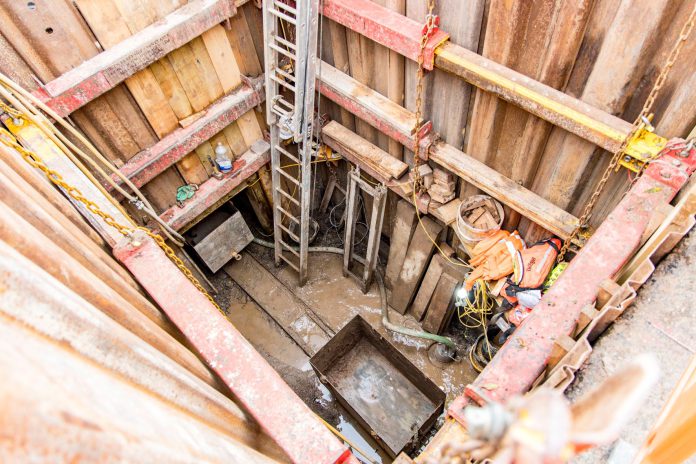 South Gloucestershire Council has tunnelled the length of 80 metres under a section of the A4174 Avon Ring Road to replace a badly damaged drainage pipe, three metres below the road surface.

The £500,000 flood resilience scheme is being delivered to prevent water from the pipe undermining the busy arterial road above and causing significant disruption to road users and residents. It is also possible the pipe would have caused flooding further upstream if left unattended.

A CCTV survey revealed that the 450mm diameter pipe that runs from the A4174 and under Coldharbour Lane was in danger of collapse, and with numerous gas mains, water mains and other utility services running between the road surface and the pipework below, excavating from above wasn’t feasible.

Various options to replace the pipe were considered but the most viable solution was a conventional tunnelling operation using timber supports, along the entire 80 metre length of the pipe.

A ground penetrating radar survey revealed two suitable locations to dig access pits down to the level of the defective pipe. Tunnelling began in either direction, following the line of the old pipe while traffic was able to continue moving on the busy A4174 ring road and Coldharbour Lane above.

With a nod to South Gloucestershire’s rich mining heritage, steel rails were laid so operatives could fill wagons before the excavated material was lifted to the surface. The crews were equipped with breathing apparatus and persevered through heavy rain which resulted in wet working conditions below the surface.

It has been a complex and labour-intensive project with the crew tunnelling along the pipe at around one and a half metres a day. Around 300 tonnes of waste material has been painstakingly excavated by hand, around the same weight as a Boeing 747 aeroplane.

The water flow in the old pipe was temporarily diverted to allow the new pipe to be installed and the tunnel was securely backfilled and reinforced with concrete to ensure it stands the test of time. Once the work is fully complete, the only sign will be two tarmac patches on the surface of the road.

The mammoth task remains on time and on budget with work scheduled to finish in December. It is the longest tunnelling operation of its kind taking place in South Gloucestershire and it is likely to set a precedent for future work.

Councillor Steve Reade, cabinet member responsible for transport at South Gloucestershire Council said: “South Gloucestershire is known for its mining heritage and the underground tunnelling operation required for this complex project is reminiscent of those industrial years, with traditional methods being used. We’ve done everything possible to keep traffic moving and disruption to an absolute minimum while the work takes place. Keeping our roads safe is a top priority and it was essential we replaced the damaged section of pipe before the road surface above was compromised, and flooding became an issue.

“By tunnelling three metres underneath the road surface and 80 metres along the length of the pipe, we could keep traffic moving above while protecting the gas mains and other important utility infrastructure between the road surface and the tunnel below. My thanks go to the team working on the scheme and members of the public for their patience.”

This project, which started at the end of August, is part of a wider Climate Resilience scheme to improve the flood resilience of key roads in South Gloucestershire. It has been funded with £3.2million from the Government, under the Department for Transport’s (DfT) Local Highway Maintenance Challenge Fund scheme. 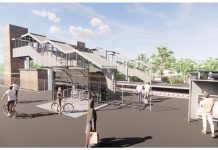 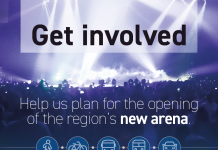 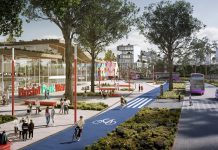