Leaders from the West of England region are working together to secure more local powers from the government.

Devolution is the process of devolving more responsibilities and funding to local areas from central government.

Along with our neighbouring authorities Bath and North East Somerset, Bristol, and North Somerset together with the West of England LEP we are asking for additional powers in areas including transport, housing, economic development, planning and skills.

The West of England has put forward a devolution proposal which could triple the level of spending on major projects such as transport, flood defence and housing over the next ten years.

The package, which also proposes greater local control over post-16 training and skills, is focused on increasing economic productivity to grow the region’s economy. In doing so it will create a region where people have better access to employment, more homes available and better transport options.

It would be closely linked to existing and highly successful joint working in the region, opening up opportunities for more cross-border projects. It will mean an even more collaborative approach to issues such as where new homes are built and how public transport improvements are delivered.

Cllr Matthew Riddle, Leader of South Gloucestershire Council said: “We are pleased to be able to make the case to Government that South Gloucestershire and the West of England have the track record, vision and the capability to take on the devolved powers that will enable us to grow this region for all our futures.” 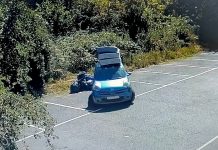 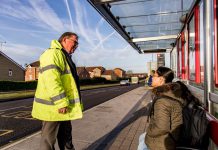