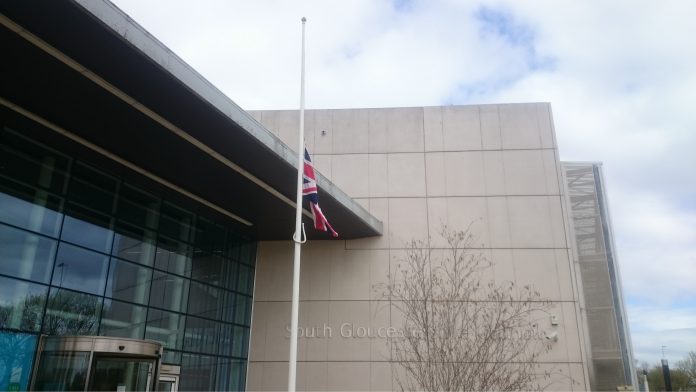 The letter reflects on previous visits made by Her Majesty, The Queen and The Duke of Edinburgh to the district and provides details of the online book of condolence set-up for the people of South Gloucestershire to pay their respects.

“Prince Philip lived a long and distinguished life of public service and demonstrated extraordinary dedication and loyal commitment to Your Majesty, to our country and to the Commonwealth.

“Together with Your Majesty, he visited the area on several occasions: taking a great interest in the aerospace works at Filton, home to the assembly line of the British-built Concorde, when you opened the Severn Bridge in 1966 as well as enjoying your many visits to the Badminton Horse Trials.

“We have opened our own online book of condolence on the council’s website at www.southglos.gov.uk/condolence and messages from the people of South Gloucestershire will be retained in local archives for posterity.

“We have the honour to be, Madam, Your Majesty’s humble and obedient servants.

The Union Flag is currently flying at half-mast above Council offices and will remain so until 8am on Sunday 18 April, the day after the Royal Ceremonial Funeral is held.