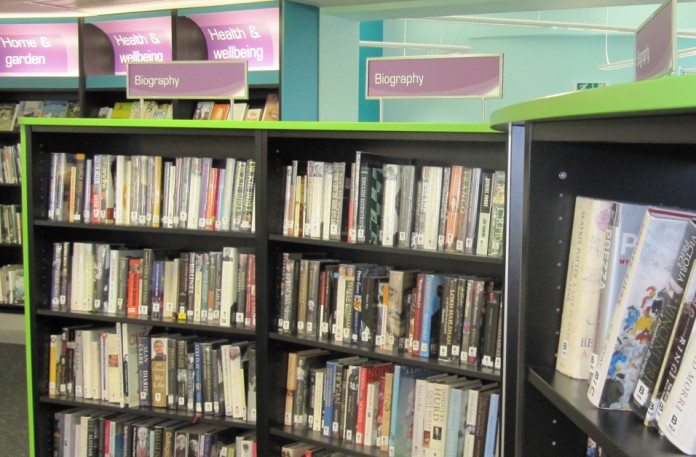 New technology that allows for longer opening hours across South Gloucestershire’s libraries is at the heart of updated proposals to ensure the service remains sustainable for the future, and could actually help reverse declining national trends in library use.

Members of the Environment and Community Services (ECS) committee considered new proposals to keep the library service sustainable for the long term in the face of budget cuts, as part of the overall Council Savings Programme that requires a further £22 million is spending reductions by 2019/20.

In response to a very successful consultation process in the spring, councillors made a number of key decisions that will help to future-proof the service for the long term and means that no library buildings should need to close.

Firstly, the committee agreed to a preferred option that would reduce the library service savings target from £650,000 to £500,000. This would mean that the reduction in staff hours required to meet that target is reduced. Trained staff are at the core of delivering many of the activities in libraries and the council wants to retain the maximum number of staff hours possible, to be distributed among local libraries in clusters based on usage.

Responding to the priority that respondents to the consultation placed on having access to a local library, the council has also agreed to continue to develop plans to use technology that would allow registered members to use library facilities for 11 hours a-day, seven days a-week, between 9am and 8pm.

If the decision is made to implement this solution, open access technology would cost the council a capital investment of up to £400,000. It would allow paid staff to be deployed with a focus on the busiest times in each library, but the buildings, books and computers would be accessible for registered users who have applied for the special membership for far more time than is currently the case. The experience in other parts of the UK, such as Peterborough, where such technology has already been installed, is that it has proved popular with people who are not generally able to use the libraries during core hours. It is hoped that longer opening hours could prove popular with people returning home from work or wishing to access their local library on a Sunday, for example.

Councillor Heather Goddard, Chair of the ECS committee, said: “It is very clear that people in South Gloucestershire value their libraries and while we have to make savings, we want to ensure that these facilities remain at the heart of our communities into the future.
“Access to libraries out of staffed hours is not about replacing staff, it is about providing a service in addition to their expertise, when we would otherwise not be able to offer anything. We are very excited with the prospect that new technology could actually make our libraries available to more people, more of the time.
“We have been planning an open access technology pilot at Bradley Stoke library for some time and that will start in the coming months. Having been told loud and clear during the consultation how important access to a local library is to so many people, we will now use this pilot, as well as learning from Peterborough, Barnet and other authorities that have successfully added this level of service to their libraries, to help us identify how we can best make it work across South Gloucestershire.
“I believe that many library users and potentially many who do cannot get to a library during current opening hours, will look forward to the prospect of being able to browse and borrow books, use the computers and use other library services when the buildings would normally be closed and unavailable.”

We will now launch a further three-month consultation from 10 October to hear the public’s views on the use of open access-style technology and staffed library opening hours within the preferred option model. Details of that consultation will be made available online and through libraries in the coming weeks.

A final decision will be made in the New Year with implementation to take place in October 2017.